Error on math symbols in Note while highlighting contexts

I am reporting that it seems a bug. Otherwise, I wish it will be updated for the next version of MarginNote.
As shown in the captured picture, math symbols are not well identified in a note card.

Can you update to identify well the math symbols while highlighting math contexts?

Hi, this should be related to the text layer of the PDF. You can copy this text and paste it into any text box to see if it displays properly.

Thank you for your reply. As you said, I pasted it into any text box to check whether math symbols display well or not. I understand it is an another function to do. I don’t know which of text programs can do. So, I wish there is a function to identify well the math symbols when pasting the copied math contexts in MarginNote.
If not, it is still an unsolved matter ever in any word or text processing apps.

Hello, this is currently technically impossible to achieve. Do you know of any software that can convert OCR recognized formulas into Latex? If you can provide some reference, it would be of great help to us.

I have a proposal for a solution, though it is somewhat inelegant. How about giving the option to save an excerpt as an image instead of using OCR to convert it to text? Similar to the rectangle tool, but it won’t capture extra words at the beginning and end.

I read a lot of chemical engineering papers and textbooks and the OCR often outputs gibberish when I’m trying to excerpt something with an equation since there are a lot of special symbols and subscript and superscripts. I actually end up using the rectangle tool anyways, but it ends up capturing unwanted text before and after the desired excerpt.

Apologies if there is already a solution to this.

Hello, regarding the box excerpt scrambling, it may be that you have set up automatic OCR correction, try this button： 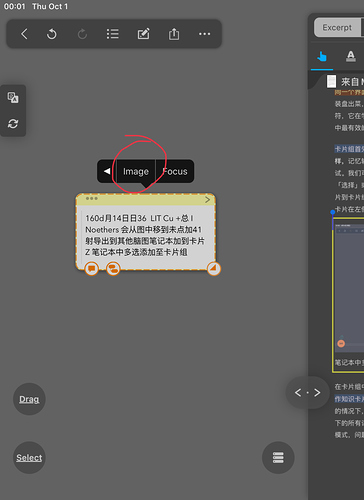 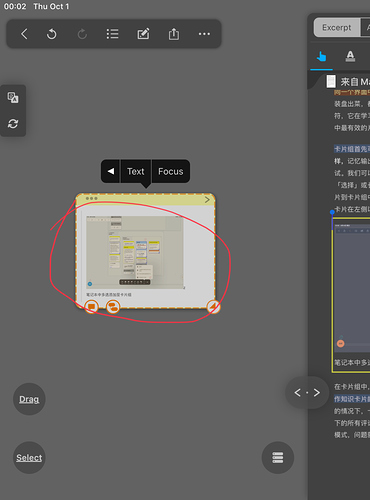 Thank you for the reply, Edward. The scrambling of special symbols and subscripts/superscripts that Kyungil and I observe is actually from using the text select tool to drag an excerpt from the PDF to the mind map, which is supposed to use OCR. I actually do not see the option to convert between Image and Text when I tap my excerpt, because the excerpt was taken with the text select tool.

My “workaround” was to use the rectangle select tool, which copies over the text excerpt as an image. However, this also copies uninteresting text before and after the desired excerpt on the same line since it is limited to selecting a rectangle.

What I wish could happen (as an alternative to developing OCR for characters such as Greek letters) is that the text select tool could be used to capture an image instead of selecting text.

As an example, let’s say I wanted to excerpt a portion of the text on these 3 lines:

Using the text select tool, the OCR will not recognize the Greek letters correctly and you might get something like:

If ov is the relative velocity of the fluid and solid at the interface, Navier had postulated that ov D Ls P, with Ls being a slip length characteristic of the solid and liquid.

Using the rectangle tool, extra words will be captured before and after the desired excerpt

Ideally, we would be able to exclude that from the selection like this:

The functionality would be to use the text select tool to capture an image of the text.

It’s a fascinating idea, we are currently working with ABBYY and using their offline OCR engine. Not sure if this technology is currently available to support the recognition of graphics in the text.

Hello, this is currently technically impossible to achieve. Do you know of any software that can convert OCR recognized formulas into Latex? If you can provide some reference, it would be of great help to us.

Thanks for sharing, we'll find out more about it.