Purpose:
User want to make a educational videos from MN.
And he want to export mind map (with pictures he draw and nodes he captured from doc)
He drew lots of pictures, he added nodes from Doc.
He needs the use ONE mind map but he needs to make a video one by one.
So he need to export with focus/selective for pictures.
But There is a problem
Because user CANNOT export focus/selective pictures from mind map (as a pdf or MN type)

Problem:
There is not focus (or captured) export option for pictures in mind map 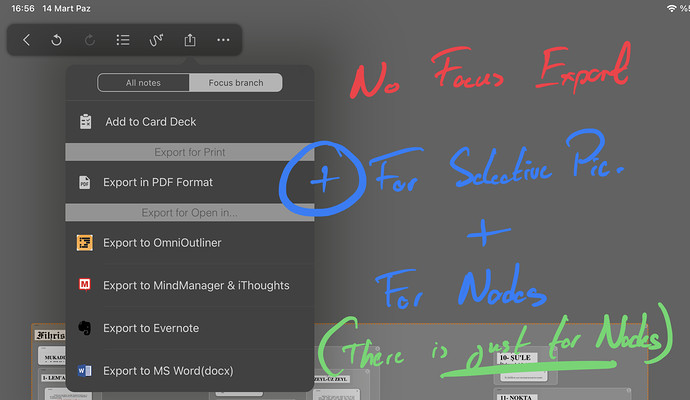 Try to open new child mind map and paste selectived picture to new mind map but
Suprise!!
the picture he draw goes as a “Node” !!!

(For other mind maps is same)
The picture doesn’t go as a picture.
The picture goes as a node !
(That’s a second problem for future scenario ) 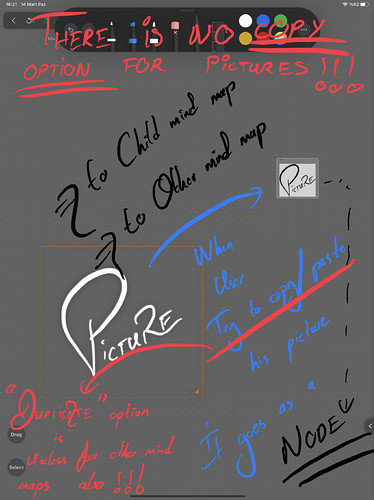 Also he need to re align the nodes from he captured from doc because he is in new mind map !!!

Wish:
User need to export his pictures (with nodes or not) SELECTIVELY, ONE BY ONE (also with nodes or just picture option)
So he secures the picture size and 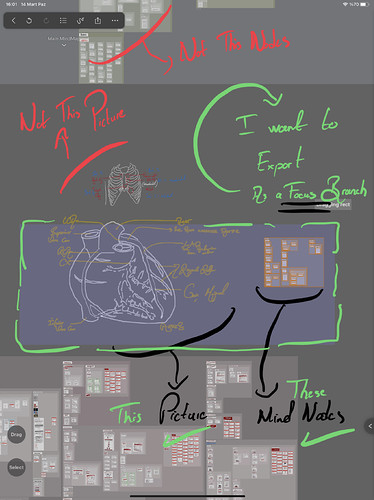 The answer (will may come) from MN team for postpone the problem:

the future response of user to team:
I want to make a video one by one, but there will be lots of links and draws from past educational video. So I need to draw all in ONE mind map. So I need Selective/Focus picture export function like Focus export function for nodes.

This is indeed a very tricky issue, which we have prioritised to solve.
I haven’t thought about the handwritten drawings on the Mindmap - so sorry!

There are two (temporary) solutions that come up at this moment.
(1) Split the screen for the desired notebook and the original one. Use the selection pen (in pencilkit) to select the desired hand-drawings and then use your finger to drag it to the other notebook.

Operations are made as a video. The iPad language in this recording is Chinese but I think you could get what I was going for, the pop-up menu simply contains basic operations like cut/copy/delete/duplicate.

The user needs to open two handwriting button at once, otherwise the picture goes as a node again 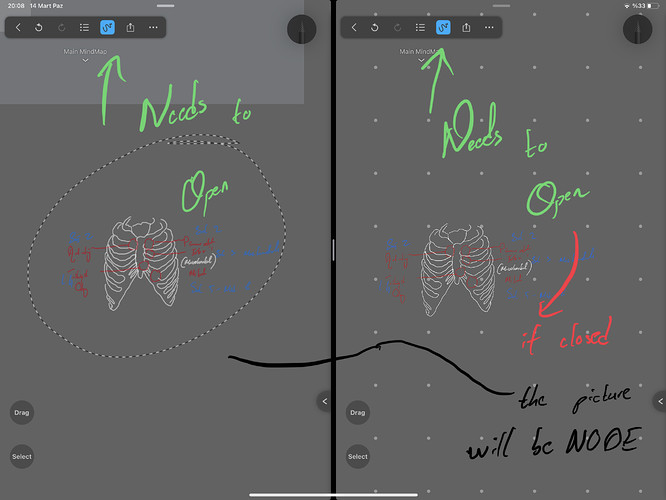 I hope export function will be solved too in soon

Thank you for considering

Yes thank you for your supplement.

Please forgive us that adding this exciting PencilKit features bring along some issues that we are currently trying to fix.

Hopefully the export function could be much more powerful in the future. We are trying to improve it.