I have asked about status of MarginNote support here. An answer was promised for the following day, and now, two weeks later, it appears to have been forgotten.

I have asked about the Wiki here, and volunteered to help some. But again, no answer.

Unfortunately, my conclusion is that MarginNote is dying, at least for the market of academics working outside of China.

Hello, mobo,
I know that there is no use saying sorry to you. But I still must apologize for the dereliction of duty.
You know that I have started to reply posts from International MarginNote Forum since November of the previous year. And I just answer some questions of Support category as Lanco knows more about International MN Forum than me and already have had a long conversation with you devoted users. However, Lanco devote himself to the update of version 3.6, which means he has less time to take a look at posts in ‘Feature Requests’ category. By the way, I had to have my final exams so your posts(Feature Requests) are not gotten feedbacks.

I have asked about status of MarginNote support here . An answer was promised for the following day, and now, two weeks later, it appears to have been forgotten.

A main requirement with business is growth, and lack of growth allows competitors to catch up. MarginNote is most likely dying, and here is why.

You have two major issues. The first is lack of resources, one developer only for such a project is a joke - so you need to get funding/sponsorship to employ more and there is no reason why you should not be able to do so with such a good product. Second, the design needs reconsideration, it is not intuitive at all and there is a significant learning curve which ultimately pushes users away - so you need to reconsider design aspects.

You will know that LiquidText is a competitor, and it has limited resources also and frankly much less breadth of capabilities. But it is amazingly intuitive and more stabe which makes it much superior option. With a Mac and Windows clients in the making, it will hit you hard once these are released (assuming they do it right). They are making baby steps, but steps they are and as such offer better potential.

Users will ultimately have to make a choice, because users invest in using a package and change is not an option. So few weeks ago, this user made his choice and switched to LiquidText after years of patiently awaiting your change and noting your apologies. It was a hard decision and unfortunate, but I can see much better potential in that direction to invest my time and effort.

Hope you find the above thought provoking, and good luck with you journey.

I think the issue is that Liquidtext is much much simpler than MarginNote, and you don’t really have the power users that MarginNote seems to harbor. In this forum, you’ve users asking for integration with “X productivity system”, and exporting compatibility with other programs, when Liquidtext, has none of the complexities of exporting, focuses only on PDFs, and does PDF annotation really really well - no flashcard SRS system or outliner. It’s self-contained, and the developers never set expectations for compatibility with other apps, which was smart, because that’s always a big headache for developers.

Personally, I think Marginnote tries to do too much, and that inevitably leads to users asking for too much.

Whether issues are past or present, product support needs to be responsive.

I’m not sure why I have to say this, but here goes. Current business surveys indicate that 50% of service e-mails in a business context now get a response in less than 2 hours. The most common response time is two minutes. An answer that comes after 48 hours is considered “late”. No response at all is a bad sign. Apologies for non-responsiveness are a bad sign. Maybe this sounds crazy to you, but it’s become the new normal. I hope your team understands this — tbh, it has not been clear to me —, because otherwise you will lose more customers, which would be a pity.

That said, we customers understand that you may not have immediate solutions. We understand that you have your own internal priorities. The main thing is to simply respond to postings or e-mail. If you don’t have a solution/workaround at the moment, it’s fine to say that. If the problem is a bug, it should go into your tracking system. If the issue is a feature request, of course it is something your team decides on. If you don’t respond at all, and if this becomes a pattern, we customers have no idea if you have registered the issue or care about it at all. Needless to say, a pattern of non-responsiveness is an indication of product death and is an excellent way to lose customers. If you cannot handle this level of responsiveness, then you may need to discuss staffing with your management.

@aliz, thanks for sharing your thoughts about LiquidText, I will have a look. 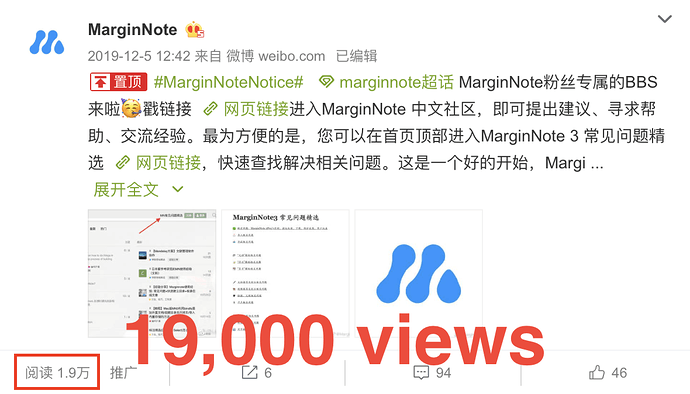 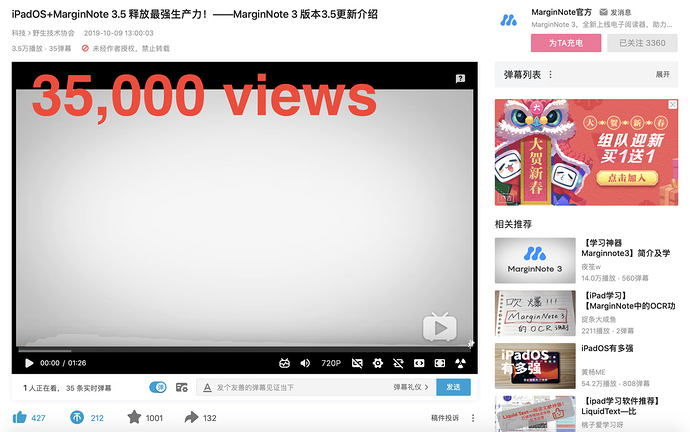 The Team has re-studied all the threads. And we’ve adjusted the Dev. Plan. Some suggestions of you guys are on the way. Later to expose more details. When alpha test begins within these days, we could even establish a group to discuss dev. information. [Screen%20Shot] [Screen%20Shot] Regards, Lanco

@mobo Thanks pointing it out. According to Beijing Working Time, now we use RSS (30mins push delay according to the test.) to monitor the new posts and threads. We will try our best to reduce Support delay.

Thanks for clarifying and sharing lots of information about the MarginNote user base.

This is all very encouraging.

Given the large user base, I assume(?) revenue is not a serious problem and you can hire more staff and/or support people as necessary

Hello! Thanks for the great software. But why there is no Russian language OCR? MN needs to expand the coverage of languages to become popular.

Hello,
Because offline OCR is supported by ABBYY, we buy language packs from them. Unfortunately, the language pack with Russian also contains some uncommon language, so we give up buying this language pack.
Regards,
Bryan